On Hold, Online, and So Much More!

Marketing made easy with AyerPlay!

As a longtime leader in the on hold message industry, AyerPlay serves a national client base in a wide array of industries. For 35 years, we’ve shown thousands of clients how to effectively incorporate on hold into their over-all marketing mix. One of the primary benefits of on-hold messages is they’re only heard by people who are calling YOU. That means a captive audience that is already interested in what you have to offer. One of the most cost-effective marketing tools you’ll find, on hold is a great way to cross-promote services, introduce new products, publicize special offers and provide other useful information.

In addition to our on hold services, AyerPlay also has vast experience in audio/video production, web design, graphic design and all forms of digital marketing. As we all know, new forms of media have rapidly changed the way the world conducts business and shares information. As one of the first companies to provide audio on the Internet, AyerPlay is poised to assist companies in navigating this new frontier! 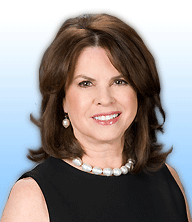 Becky Dixon began her groundbreaking career in broadcasting. She may best be known to the thirty million viewers who watched her as co-host of ABC’s Wide World of Sports making her the first woman to host a network sports show. Becky also served as a broadcaster for other major events including the Super Bowl, Winter Olympics, and The Dallas Cowboys’ Jerry Jones Show.

Becky later launched her own television special, Oklahomans, which aired for 22 years. Oklahomans was the first statewide broadcast of its kind and was instrumental in promoting the achievements of Oklahomans.

In 1994 Becky joined forces with communications pioneer, Ed Taylor, to form AyerPlay Productions. The company broke new ground on the Internet with a number of enterprises, including one of the first live webcasts produced in conjunction with Harvard University. Today, AyerPlay offers both traditional and web based marketing solutions, including an on hold message company that services over 7,000 clients nationwide.

In 2016, Becky was inducted into the Oklahoma Hall of Fame, the highest honor an Oklahoman can receive from the state. She also received the Saidie Award for Lifetime Achievement from the American Women in Communications, and is a member of the University of Tulsa Communications Hall of Fame. 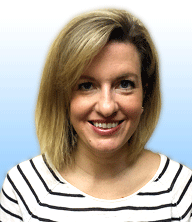 Kami began working at AyerPlay at age 16, helping out part time in the shipping department after school. She returned to the company fulltime after studying at Oklahoma State University. Joining the sales team, Kami quickly began developing long standing relationships with clients, many of whom she still works with today. 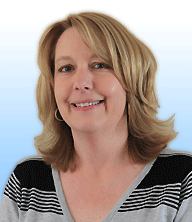 Sonya joined the AyerPlay team in 1989 as a copywriter while still in college. Initially serving as an Account Executive, Sonya is currently Vice President, Marketing, coordinating and implementing all AyerPlay marketing campaigns. With extensive experience in on-hold and audio marketing,

Sonya has been key in creating and promoting the on-hold marketing strategies for individual companies, as well as nationwide organizations such as Nationwide Insurance, Veterinary Centers of America and Vision Source. Her targeted writing for auto attendant systems and on hold messages can be heard every day at thousands of businesses across North America.

Ready to Get Started?